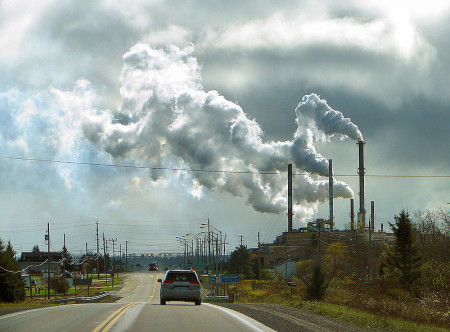 I had my own photo of the mill but User P199’s at Wiki commons is so much better.  This view is facing south on Ontario Highway 11.