…oh, this may not go over too well.  Yes, despite having webpages for places that aren’t settlements (The Temiskaming Ottawa Highland Trail), or that no longer exist (Lowther), or that I thought no longer existed (Kitigan), I’m going to profile the communities of Newmarket and Aurora, total population around 130 000, all in one go.

I have nothing against either town.  One of my favourite coworkers lives in Newmarket.  Or is it Aurora?

But that’s just it.  It is not that towns like Newmarket and Aurora aren’t important.  Quite the opposite, Aurora is home to the head offices of State Farm Insurance and Frank Stronach’s autoparts giant Magna.  Newmarket seems to have produced so many pro athletes that it’s giving Thunder Bay aka The Staal Family a run for its money.  It’s not that the towns aren’t nice.  More people live in these two communities than live along the 700 kilometres of Highway 11 that arches through Ontario from Matheson to Nipigon.  They both seem like great places to live.  Newmarket was ranked the 10th best place to live in all of Canada in 2013.

But in the context of profiling the quirks of Yonge Street / Highway 11, it’s more difficult to uncover the unique and the memorable when you’re dealing with a place the size and type of Newmarket or Aurora. 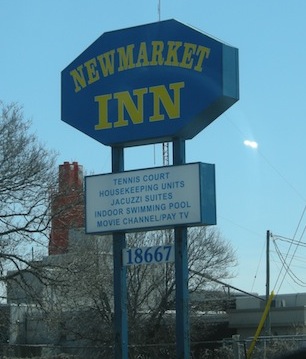 To think that all regional highways used to be dotted with mom-and-pop motels like this one, found at the north end of Newmarket on Highway 11 / Yonge Street

I’ll come clean – though I’ve driven Yonge Street in both of these communities, I’ve never completed any drive of Yonge Street between Barrie and the Toronto city limits all in one go.  Each time that I give it a try I end up giving up and heading to one of the 400-series highways on either side of both towns.  It’s not their fault that these towns hug the northernmost edge of Toronto’s sprawl, however, suburb fatigue starts to hit once you’ve left Thornhill.

This part of Yonge Street is messy urban driving.  It’s chock-full of stoplights.  You get stuck behind every third car turning right into a plaza or power centre.  It’s hard to stop to take photos, or to know what to take photos of.  It’s impossible to make u-turns.  In sum, it’s not conducive to exploration and discovery.  Ok, that sounds cheesy, but I think you know what I mean. 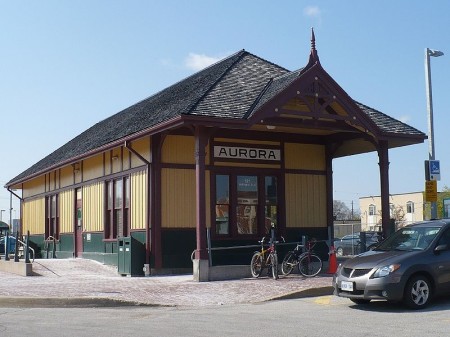 Newmarket was first settled by Quakers from Vermont and Pennsylvania.  Surprisingly, the local community was a hotbed of political discontent, eventually serving as the starting point for the ill-fated 1837 Rebellion march down Yonge Street.  Aurora’s beginning was as Machell’s Corners, an intersection on the newly extended Yonge Street, that eventually grew into a small industrial town.  The railway brought prosperity to both rural towns, but even back then their focus was largely southward.  Both were served by the Toronto and York Radial Railway up to the 1930s, which provided service with something like a big slow streetcar.  In the 1950s highways and the 1970s GO Trains cemented their status as bedroom communities of Toronto. 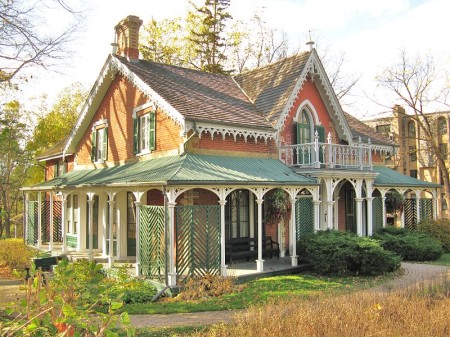 Both are affluent, with household incomes approximately 20 percent higher than the provincial average.  Both have arts, culture, entertainment, and sports facilities and all the services you could need, including the Upper Canada Mall in Newmarket.  Both towns have kept some of the built heritage alive.  Newmarket’s can be found on Main Street South, while Aurora has the Northeast Old Aurora Heritage District and the historic Hillary House at 15372 Yonge Street.  Both have produced their fair share of Canadian hockey players and other celebrities.  Canadian soccer player Jim Brennan, Indycar driver Scott Goodyear, comedian John Candy and bands Glass Tiger and Tokyo Police Club are all from Newmarket.  In addition to the Stronachs, former Prime Minister Lester B. Pearson, Olympic skiier Brian Stemmle, the guy who oversaw the construction of the Empire State Building, and China’s most famous western television personality are all from Aurora.

I hope I haven’t done either community an injustice.  But with towns like these, anything you need is right at hand, anything you wanted to see you’ve probably already seen, and anything you wanted to know you could find easily online or in Wikipedia.  I’d be happy to live in either one of these communities – I grew up in one just like it – and I think that’s the best thing anyone can say about any place. 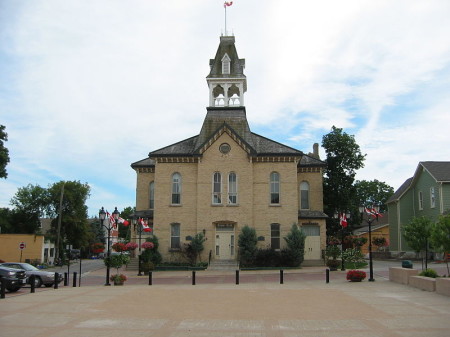