Crossed by the railway, a river, and bordered by a marsh, movers and shakers always had big plans for Holland Landing.

Holland Marsh, undrained, at the north end of Holland Landing and the end of Old Yonge Street

In the 1790s Holland Landing was to be a shipping port that would facilitate the transportation of goods across Lake Simcoe, linking the northernmost part of Yonge Street with the Penetanguishene Road.  But heavy boat traffic never materialized.

Holland Landing was then to be used as critical point to transport shipbuilding supplies during the War of 1812.  But the war ended before Holland Landing could play a major role.

Then, in the early 1800s Quakers from Pennsylvania settled the area.  But they ended up building their big temple in nearby Sharon.

The late 1880s saw plans for a re-settlement of Manitobans fleeing from conflict with the Métis.  But Sir John A. MacDonald ended put troops on the new railway and snuffed that out to his political benefit.

In the early 1900s Holland Landing was supposed to be the site of a canal that would link Lake Simcoe with the Trent-Severn canal system.  But with the canal almost complete, it was cancelle by Sir Robert Borden.

The 1920s saw the draining of the Holland Marshes for agricultural use.  But most of those drained areas are actually west of town, closer to Bradford. 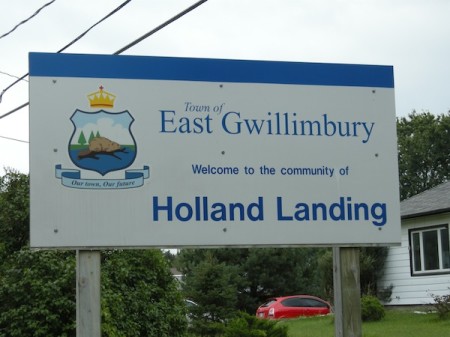 So there is an East Gwillimbury to Bradford‘s West!

Today, Holland Landing an agricultural town and bedroom community that is home to about 40 percent of the Town of East Gwillimbury’s residents.  There are a few restaurants in town, most notably a Subway, a Country Style, and a few independents; in this case, the Sunshine Café, Dragon Kind Chinese, and Santa Fé Pizza.  But being so close to Bradford, and now bypassed by the modern Highway 11 (Holland Landing is at the terminus of Yonge Street, a bit north and east of the highway) most of the traffic ends up in Bradford. 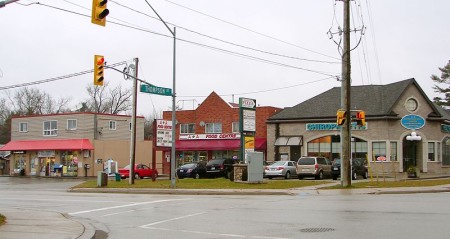 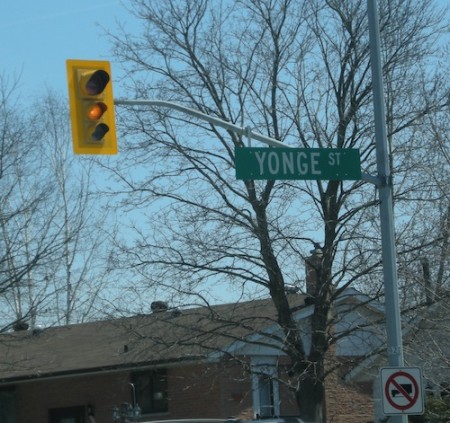 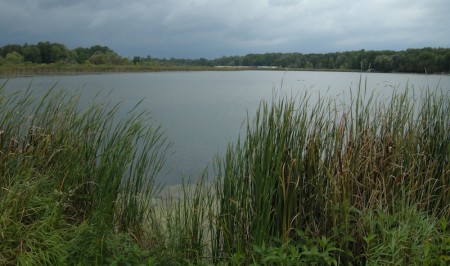