You can tell you’re in farm country in Earlton – 1) it has a John Deere dealership, and 2) the Earlton Country Store isn’t a craft outlet, it’s a real country store complete with seed, fertilizers, and farm tools. 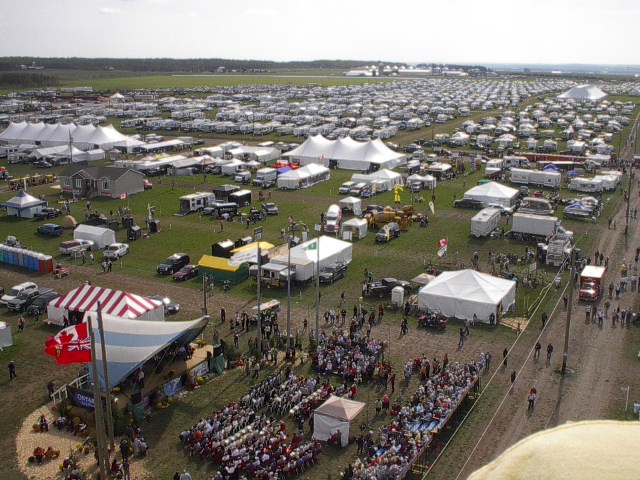 Earlton is a francophone farm hamlet of about 800 on Highway 11.  I love Earlton.  It reminds me of southern Ontario.  Upon driving in to Earlton you see the grain, corn, and dairy farms (I think they also grow some potatoes and berries up here too.)  Depending on the direction of the wind, the town sometimes smells like a barn.  But that’s why it is so neat.  Heck, there are cows practically right in the town itself.  Earlton is so cute – I love it.

Honestly, these were right in the middle of town

Earlton is kind of the half-way point between North Bay and Cochrane, being about 200 kilometres in between both.  Earlton is about 30 kilometres north of New Liskeard. Earlton is the home of hockey’s true number 99, former Maple Leafs player Wilf Paiement, who recently appeared in a pretty-cheesy-but-not-unfunny Leon’s commercial (“You can make three easy paiements…”)

Earlton used to be well known for the Earlton Zoo – the only place in Ontario north of Toronto to have zebras and other African animals.  However that morphed into the Temiskaming Wildlife Centre, which took care or orphaned or rescued animals from across the north.  Apparently, according to posters below, the Centre is now shut down. 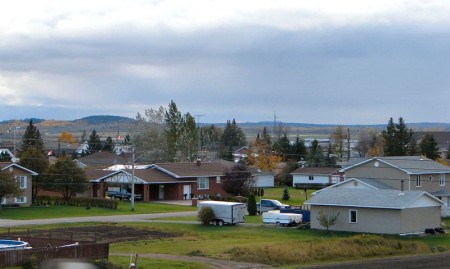 There is also Manitou, the famous bison statue that is (if I am correct) the world’s largest sculpture of a bison or buffalo.  If you get up close, you’ll see that it is made of everything from sheet metal to fibreglass to nuts and bolts (as hair.)  It is even anatomically correct, which I’m sure leads to many rude photos and pranks.

Earlton hosts a number of festivals.  As a farming town, Earlton hosts a farm fair the weekend after Labour Day.  Every July 15 and 16 Earlton hosts its annual Steam Days, where old steam powered machines are resurrected and displayed.  There is also the yearly Temiskaming Drag n’ Fly drag racing event held at the airport. Earlton was also the home to the 2009 International Plowing Match – the furthest north the IPM has ever been held. (Scroll down for a few IPM photos – thanks to Highgrader Magazine for the International Plowing Match photos.)

Local businesses and residents fought the closure of the Thornloe Cheese Factory, and won

In terms of services, Earlton has a caisse, a Scotiabank and Chartrand’s Grocery.  Hotel LaSalle (“the friendly place”) has takeout and dine-in food.  There are also two chip stands, a little bowling alley (it is northern Ontario still!) and a motel.  There is a baseball diamond and recreation centre at the west end of town.  There is gas just off Highway 11, and Real’s Barbershop is in town should you need a haircut on your roadtrip.

Earlton is definitely worth a stop, especially on a summer evening to watch the sun set over the local farms.  You’ll swear you’re in Perth County or Essex County, not Temiskaming. 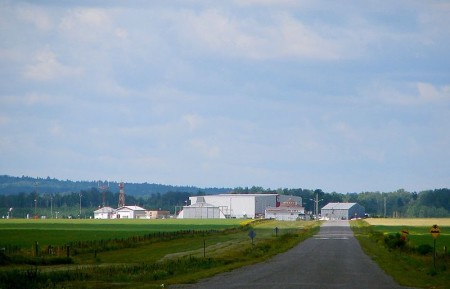 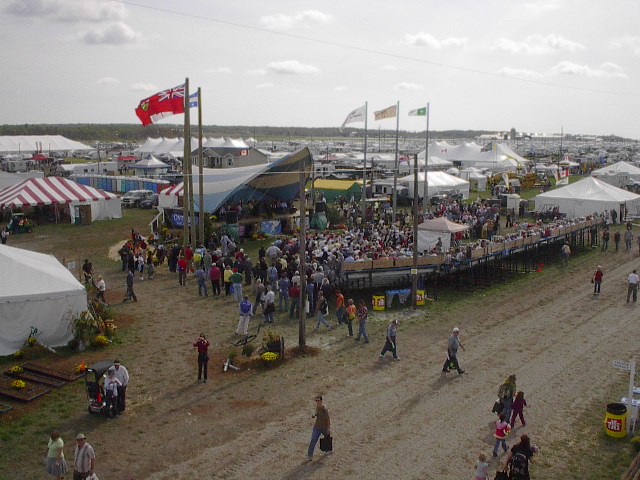