More than just “north of Steeles” or the name of a Moxy Fruvous album, Thornhill is the first in a number of suburbs that straddle Yonge Street as you move north of the City of Toronto.

Thornhill is pretty old for a town on Highway 11.  First settled in 1794, the development of Yonge Street up to Holland Landing helped fuel growth to include the usual industries associated with a colonial stagecoach stop, including a mill, a hotel, a tannery, weigh scales, and coopering and wagon-making facilities.  Eventually, there was even a water bottling plant and an opera house.  But it wasn’t until the Toronto and York Electric Railway expanded up to Newmarket in the late 1800s that Thornhill found its modern purpose – as a home for Toronto commuters. 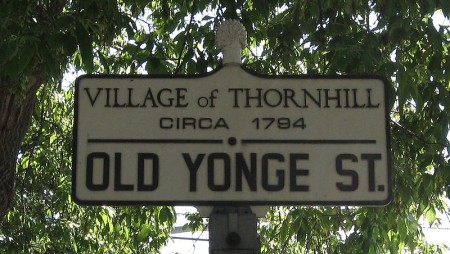 Thonhill continued on as a separate village until it was cleaved by the province in 1971.  West of Yonge Street became part of Vaughan, and east of Yonge Street went to Markham.  Today, approximately 100 000 people live in Thornhill, with more on the Vaughan side than Markham Side.  Condos and other higher-density developments are starting to creep up Thornhill due to its proximity to last stop on the Yonge Subway Line.

This is where I learned to pronounce Manischewitz

Though less diverse than Richmond Hill, its neighbour to the north, Thornhill’s ethnic mix is pretty notable.  There are about 15 000 speakers of Chinese-related languages in Thornhill, largely on the Markham side.  Thornhill’s not super whitebread.  If you had to classify it, you could Thornhill say it’s a bit matzomeal. 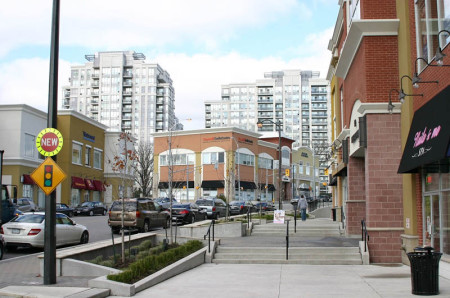 Power centres and condos, coming to every community near you

Toronto’s Jewish immigrants were pretty much the first non-anglosaxon group to settle heavily in Toronto.  The next group to arrive, Toronto’s Italians, worked their way north by settling east-west streets like College and St. Clair and Eglinton before hopping up to Woodbridge.  That’s largely because Toronto’s Jewish community had already started their move upward through the city by hugging the north-south streets like Spadina and Bathurst.

A drive up Bathurst (often considered Yonge’s twin) north from St. Clair all the way to Thornhill will be notable for the sheer number of Jewish or Kosher or Hebrew or Judaica related-buildings.  That Jewishness continues up into Thornhill, which is home to a Hebrew newspaper, 10 private day-schools, almost 20 synagogues or shuls, and about 40 000 people that profess to be Jewish.  It’s so prevalent that you easily forget that outside of Toronto, Montréal and maybe Winnipeg the Jewish population of Canada isn’t really that large.  There are more Jews in Boston or Buenos Aires than in Toronto but you’d never guess that when you frequent this area.  It’s kind of neat.

In the last twenty years Thornhill has increasingly become a destination for Russians, so much so that there is Russian-Canada Club, a Russian Martial Arts Centre, a Russian Library and about 15 000 Russian speakers in town. 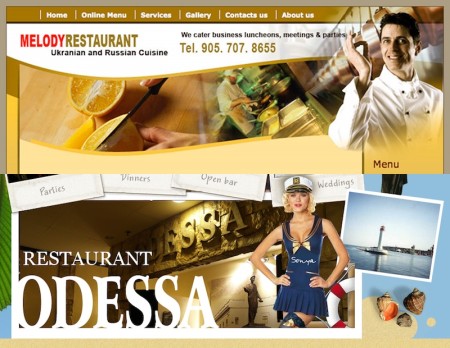 Chef Igor vs. Sonya the Sailorwoman? The Melody and Odessa websites make it hard to choose…

And of course, like any good Highway 11 / Yonge Street town, there is a local restaurant rivalry afoot.  In Gravenhurst, you’re either an Uptown Diner or a Rombo’s person.  Timmins, you take your poutine from Chez Vous or Chez Nous, but not both.  In Toronto, you like your Hungarian from the old hippie place (The Coffee Mill), the old ethnicky place (Country Style), the new upstart (The Europe Bar and Grill Hungarian Kitchen), or the hole-in-the-wall (Paprika).  In Thornhill, it’s the same story.  Either you like your Russian food from Restaurant Melody, or you like it from Restaurant Odessa.  People who like one always swear the other is inedible.

Otherwise, Thornhill is one of these places that’s hard to write about without making this travel blog sound like a wikipedia entry.   If you’re driving up Yonge Street through Thornhill the chances are good that you’re not on a pleasurable Sunday drive or a crazy road trip with friends.

Maybe you’re headed to Cayne’s, hands-down the best kitchen, small appliance and housewares store in the Toronto area.   You may be headed to the Promenade or Centrepoint Malls.

Or you’re stuck in Friday-night Yonge Street traffic.  If that’s the case, you’re screwed, as you’ll be inching along for ages with what seems to be every other Jewish family in Toronto driving up Yonge (or Bathurst) to get to their seder supper before sundown.  I once got caught in Friday-night traffic on Yonge headed to Thornhill driving a very insistent distant-step-grandfather up there for a supper with some once-removed in-laws.  Let me tell you it was one of the longest drives of my life.  And this from a guy who has driven almost all of Highway 11.  Multiple times. 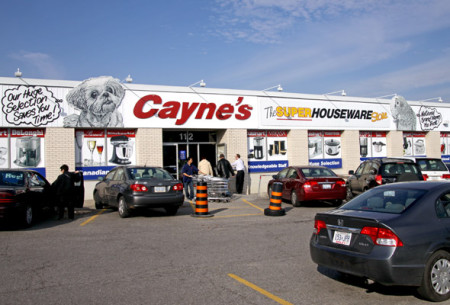 Thonhill is the home of Milos Raonic, Canada’s top male tennis pro ever, as well as Steve Moore, the Colorado Avalanche player whose career was ended by Todd Betuzzi’s attack from behind. 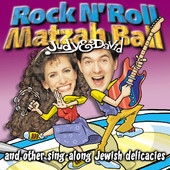 Soul group The Philosopher Kings, Toronto indie-rock legends By Divine Right, and Hayden, my favourite musician, all come from Thornhill.  As did Moxy Fruvous, the acapella group that long did topical news-related shorts for local radio stations.  CBC host and yuppie darling Jian Ghomeshi was once in that band.  But, most importantly to the son of a kindergarten teacher whose job it was to cue his mom’s cassette tapes each night for her classes the next day, Thornhill is home to Judy and David, children’s musicians with albums like MathJam 2 and my favourite Rock n’ Roll Matzah Ball.

That’s all I really have to say.  I’m not trying to give Thornhill short-shrift but once you get north of Lawrence in Toronto everything becomes very suburban until you hit Holland Landing in the north.

One thought on “Thornhill”