Once called “Golden City”, Porcupine was founded in 1909 after the discovery of gold northwest of Cobalt led to the Porcupine Gold Rush.

The idea of a gold rush out near Timmins is kinda crazy if you think about it.  People braved extreme cold in the winter and wildfires in the summer and had to make their way on foot and by paddle all the way from Haileybury.

Yet, unlike the Klondike, the gold was completely earthbound, stuck in veins of quartz.  You’re not going to make a fortune panning for gold nuggets in a river.  Instead you need manpower and engineering.

The Porcupine Gold Rush was not one to make individuals rich.  It’s the kind of rush that benefits the speculators and the mining outfits.  And that bears out in the region’s history, as Porcupine began as a serious of company-owned townsites built in the shadows of mines like the Paymaster, Pamour, Buffalo and Ankerite.

I don’t have a lot to say about Porcupine.  The most enduring image I have of the Porcupine is the float planes on Porcupine Lake.  I spent most of my time in Timmins proper, and a bit out in Schumacher and even less in South Porcupine, so the easterly-most part of Timmins wasn’t really on my radar.  But please – add your memories, experiences or thoughts below. 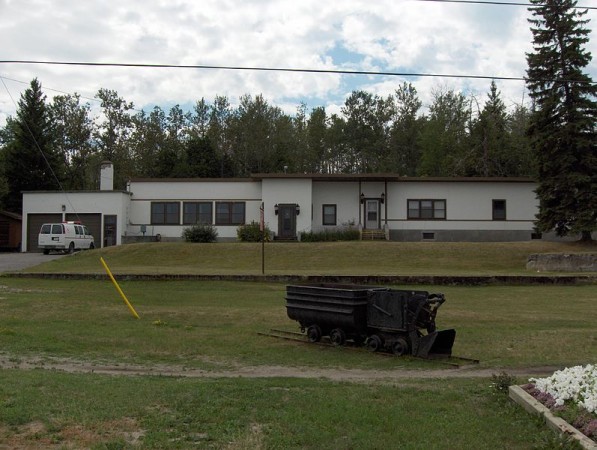 The Porcupine Mine Rescue Station is also located in South Porcupine. (I wish I had taken more photos when I was up there.) 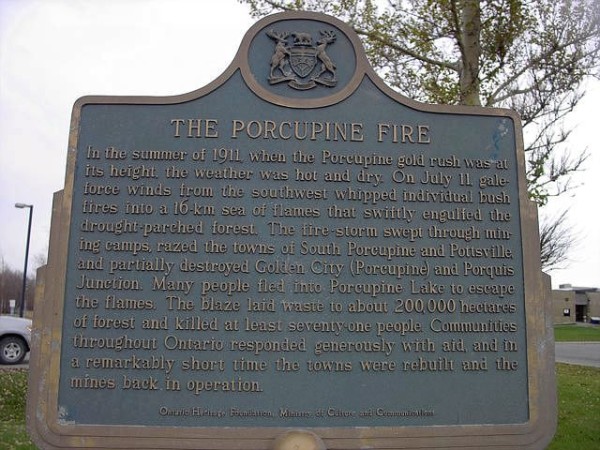 Porcupine Fire historical plaque. I ended up blogging a bit about the fire on the South Porcupine page. 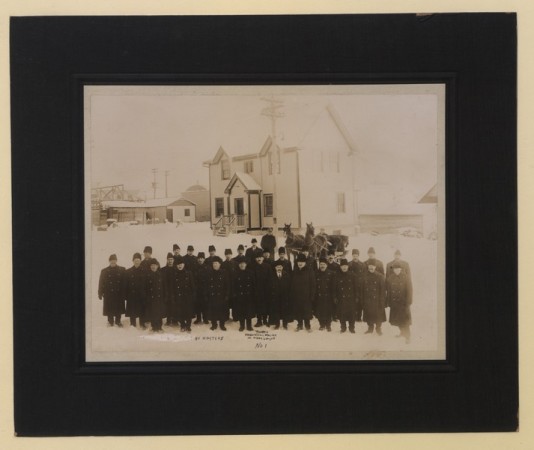 The Porcupine police lining up in front of their new digs in the early 1910s. Policing exasperated and isolated miners? Sounds like a fun job.

One thought on “Porcupine”