Although South Porcupine was founded in 1907 as a town site for gold prospectors and mining workers, it remained a sparsely populated outpost in northern Ontario’s mining frontier. 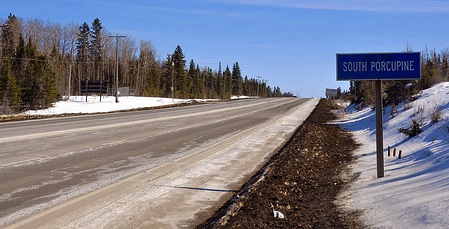 Despite the best efforts of mining ventures to keep the news under-wraps, by 1909 news had leaked down south that gold had been found in the Porcupine Country.  That’s all South Porcupine needed.  By next summer, settlement was in full-swing, and South Porcupine was Ontario’s latest mining boom-town.

The arrival of the railway in 1911 was intended to bring settlers – up til then, everyone had to hike it by canoe and foot from Haileybury! – but instead it brought devastation.  Two days after the arrival of the train, the great fire of 1911 razed the area.  This didn’t slow much down.  Most of the mines, although completely destroyed, resumed production the next day and South Porcupine’s main drag was rebuilt lickety-split over the span of two months.  (Two months!  Heck, I’ve seen bungalows that take longer to built than that!)  Despite the quick turnaround, the fire spelled the end of South Porcupine’s regional dominance.  Hollinger mine owner Noah Timmins built a new company-town a further west, closer to his own mine, which would eventually become the city that now bears his name. 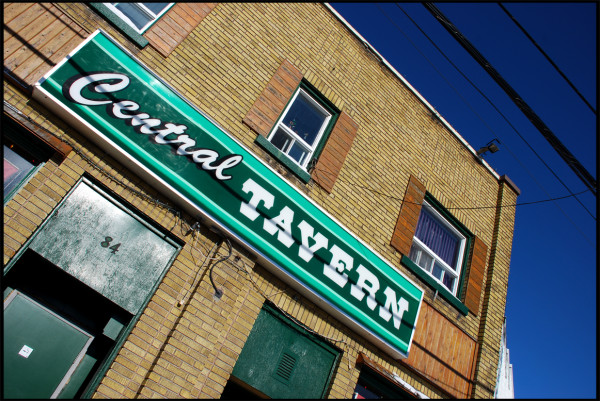 I’m pretty sure this tavern is in South Porcupine, but my memory made be failing me. (Credit: Harriet Carlson)

Today, like Porcupine and Schumacher, South Porcupine and its few thousand residents are part of the municipality of Timmins, although locally the former towns are all considered to be distinct and separate entities.  Much like Timmins’ The Senator, old identities have long-lives.

Mining is still prevalent in South Porcupine.  It is home to the Dome Mine – one of the world’s longest gold-producing mines, having been active for more than 90 years – which gave rise to international mining giant Placer Dome.  If you’re driving into South Porcupine from the east, you’ll see the waste pile from the Dome mine on the south side of Porcupine Lake.

Much of my time in South Porcupine was spent staying over at the Regal Motel (cheaper than the Senator, the Regal Motel isn’t half bad) and also at the Airport Inn, which was a favourite for beer and grub if I was in the area but too lazy to drive the eight kilometres to Timmins to hit The Moneta.  One night at the Airport Hotel we crashed the victory party of the local MP.  You gotta be a pretty novel kind of politician to have your victory party at a rangy old place like the Airport Hotel. 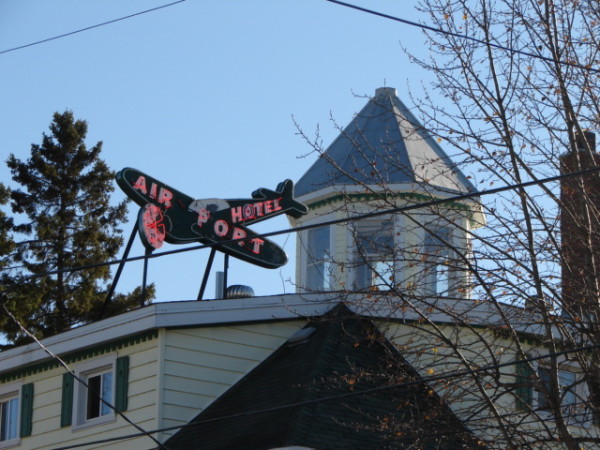 The Airport Hotel out in South Porcupine, just east of Timmins. (Credit: http://alwaysanotherdaytomorrow.blogspot.ca)

The rest of my time in South Porcupine was spent in my coworker’s garage, ostensibly “working on the shack” – her husband’s home-made ice-fishing shack that, I swear, was maybe only half the size of the bachelor apartment that awaited me back home.  Of course, I didn’t contribute any work – we were there to drink beer, eat chips, bum around, listen to 70s rock and, every so often siding up to the garage’s home-made urinal:  a PVC pipe fitted to the wall leading out to outdoors.  It might sound goofy but spend a winter in Timmins and you’ll understand the necessity of it.

But what I remember most was being surprised to find that my coworkers, who had me over to their place in South Porcupine frequently for supper, lived kitty-corner to a homeless shelter.  I never expected a homeless shelter in a town this small and this out there.  And I certainly didn’t know anyone that would be willing to live that close to a shelter either.  Strangely, today I live a stone’s throw from a similar facility in the city.  A reminder that sometimes things aren’t so different between north and south. 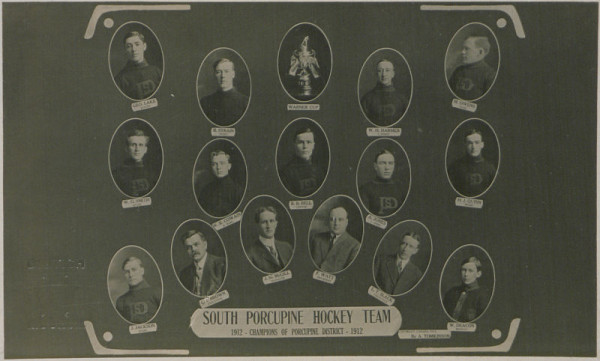 I can’t even image working in a mine by day and then having the energy (or health!) to play competitive hockey on the side.

Canada Post and Municipal Buildings in South Porcupine, Ontario. I wish I had taken more photo whilst I was there!

One thought on “South Porcupine”