If you’re looking for gingerbread in the bush – you’ll find it at the Commanda General Store Museum in Commanda, Ontario. 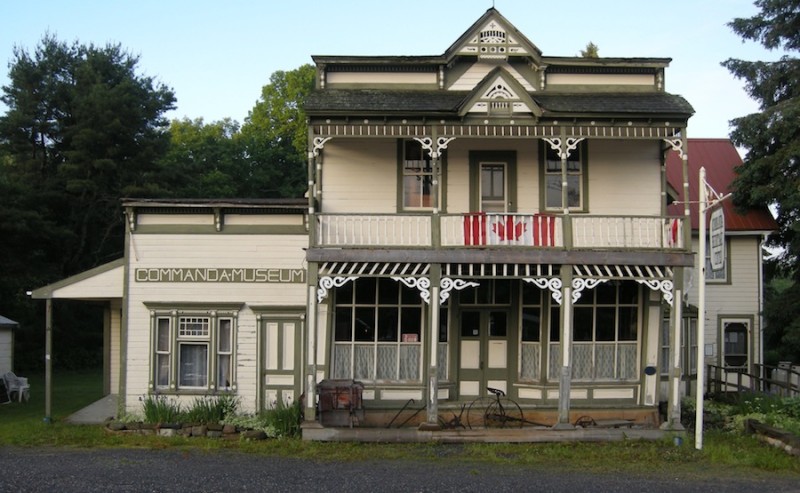 Housed in a fancy Victorian building, inexplicably built in the bush in 1885, the Commanda General Store changed hands five times, survived a fire and was in regular use until the 1970s before it was abandoned and later turned into a local museum.

Commanda, much like Restoule, is named after an Ojibwe Chief.  The Chief, so the story goes, spoke English and led a band of Native troops in the War of 1812.  He picked up the title “commander” at some point during the war and made it his own.  After the war had finished, he brought his band out this way in 1830s.  Settlements first sprouted along Commanda Creek, and a post office named Commanda Creek opened in 1877, reflecting the name already in use by then.

Commanda, however, is the kind of place that makes Restoule seem like a proper town.  And that’s not a knock on either of them.  I’ve visited a lot of small towns blogging about Highway 11 and Yonge Street and places on either side of the highway.  But for some reason, I was unprepared for just how hole-in-the-wall Commanda really was.

There is a Lutheran Church – services every second-last Sunday of the month – a cemetery, and a “Commanda Mini Mall” sign directing you to drive up a dirt road.  Being early morning on a stat holiday we thought exploring local roads was rather inappropriate, lest it end up being someone’s driveway (always a risk with rural dirt roads) – but from my google searches it seems to be a second-hand shop with an enviro, artsy-craftsy bent that may or may not still be in business.

But when you think of its history, location, and industries, then Commanda’s size makes sense.  Commanda was in the upper third of the land serviced by the Rosseau-Nipissing Road.  This is a land of rocks and trees.  Soil here was so marginal that people barely bothered to eke out an agricultural living.  Instead, Commanda was home to logging, railway camps, and a general store – .

Just south of Commanda you can find ghosttowns.  Ron Brown’s book Backroads of Ontario and the Nipissing Road website provide directions to explore the abandoned outposts, forgotten towns, and cemeteries littered with headstones marking people who met an early end attempting to settle the area in and around Commanda. 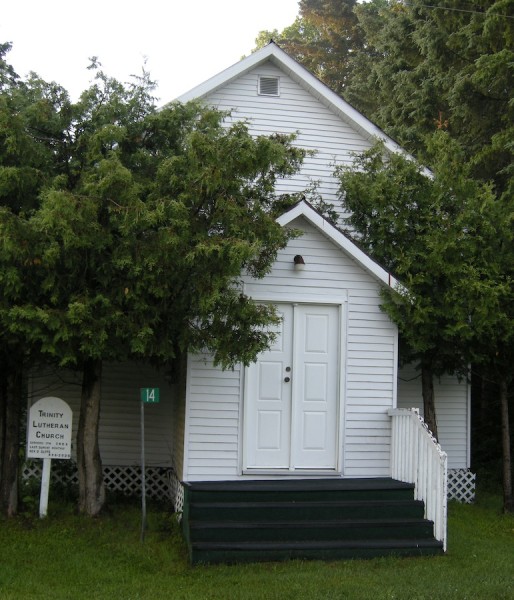 With services every second-last Friday of the month, the Lutheran Church shows that Commanda isn’t another abandoned town.

Backroads in and around Commanda, Ontario, just west of Highway 11. 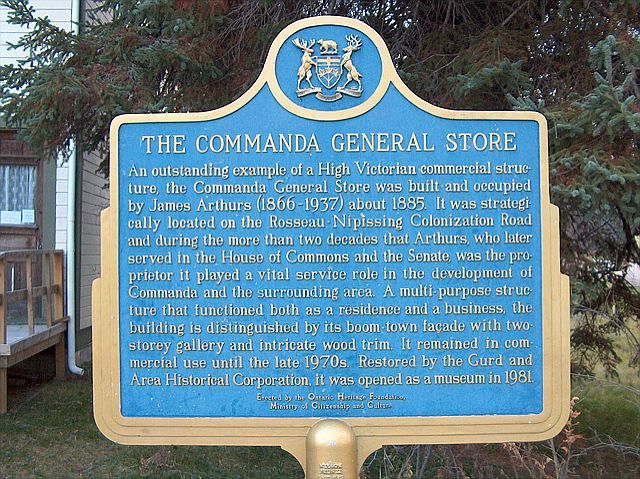 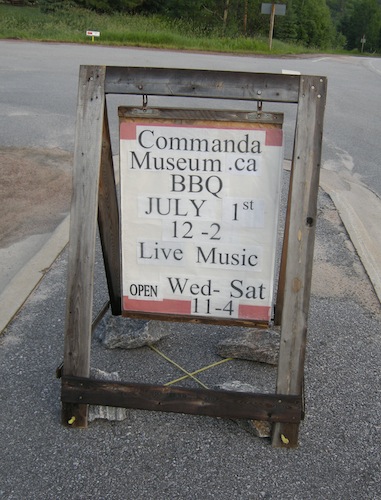 Given that we’d have to kill another six-plus hours if we wanted to partake, we didn’t stay for the Commanda BBQ. As evidenced by my experience in Port Sydney, I’m not always a joiner.