Hugging the shore of Callander Bay on Lake Nipissing, Callander is a small town in between North Bay and Nipissing Village.  With about 20 percent of the population speaking French, Callander is the start of francophone northern Ontario. 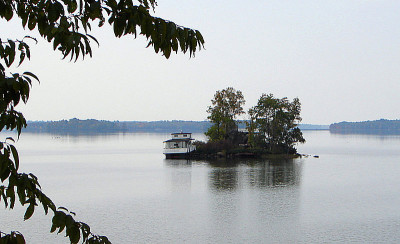 Inhabited for something like 9000 years by Algonquins and Ojibways, the area around Callander first came to the attention of colonials as an important portage route used by explorers like La Verendrye and MacKenzie.  This led to the usual history of northern Ontario settlements: a fur trading post, then lumbering, then some half-hearted attempts at agriculture with a permanent settlement in the 1880s named after a place in Scotland.

Today most residents commute into North Bay, although there is some agriculture in the area (particularly cranberry bogs) and the local lodges and fishing resorts get busy in the summer months.  Ice fishing is also popular in the winter with locals and tourists alike.

We were going to head to the Cranberry Festival, held every year on the first weekend in October, but the threat of rain and exhaustion from our hike in Restoule Provincial Park convinced us to just head back to Piebird and spend the afternoon reading. 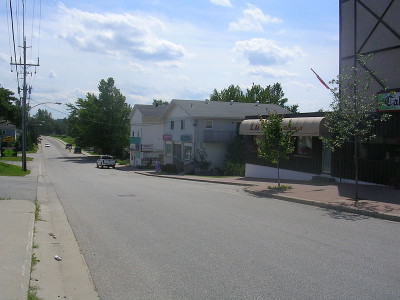 Callander is probably best known for the birthplace of the Dionne Quintuplets.  Although their birth was registered in Corbeil, and the house built for the girls was in North Bay, they were born in Callander.

Today, the tragedy of the Dionne’s story is well-known.  Taken away from their parents by an Act of the provincial legislature, moved up to North Bay, put on display three times a day for tourists, put in the movies, used for propaganda films, it is sometimes surmised that the Dionne Quintuplets were a central part of the province’s plan to tackle the Great Depression.

What’s often missed is that the Dionnes had five other kids before they had the quintuplets, that there was a sixth fetus that miscarried, and that after they had the girls the Dionnes then had another three after that.

Today, the former home of the doctor that helped deliver them is the Callander town museum. 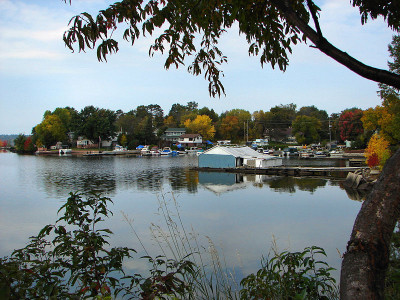