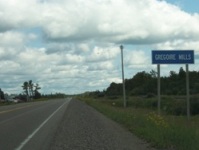 Like many other former towns, the mills have left Gregoire. Gregoire Mills consists of seven or eight houses spread out along Highway 11 between Fauquier and Strickland and that’s about all I could find.

Strickland was a stop on the railroad.  It’s actually not on any of the maps that I have, it’s listed as a rail stop but there is a sign on the highway for it so I included it in the Highway 11 website. 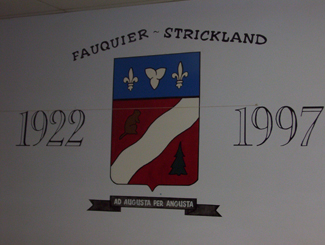 Mural on the local gym

Technically part of Fauquier, there’s not a lot in Strickland.  There’s a church, about 15 houses facing Highway 11, and Chez Belanger, the local convenience store.

Local dépanneur on Highway 11 in Strickland